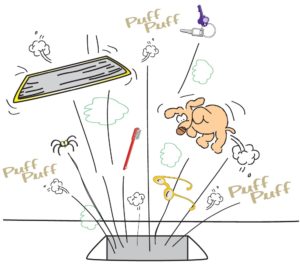 Is Air Duct Cleaning Worth It?

March 16, 2018 Comments Off on Is Air Duct Cleaning Worth It? charles

Curious if the benefits of air duct cleaning are worth the price?

It is understood that air duct cleaning isn’t a cheap procedure, but is it worth the price? The prevailing benefits of air duct cleaning include an increase in air-flow efficiency and improved life-time of HVAC equipment. This means you will spend less in the long-term on energy bills and HVAC system repair. A thorough air duct cleaning will pay for itself while also improving the airflow balance of your home and decreasing the amount of dust that comes from the ducts and settles on furniture. So air duct cleaning is worth it – if you hire the right company.

How does one identify the “right company” for air duct cleaning? Due to the nature of air duct cleaning as a service, it can be difficult for the average homeowner to directly see the improvements, so there is a justified skepticism when homeowners are told that an area of their home that they have never seen was dirty before the service and is now clean.

A reputable air duct cleaning company will send a National Air Duct Cleaners Association (NADCA) Certified technician who can give you a firm price before they begin working and will spend 2-4 hours in multiple areas of your home. A less competent air duct cleaner will not be NADCA certified, will only spend around an hour, charge more than what you were initially quoted, or will just be a person with a portable shop-vac. Like most products and services, you get what you pay for.

When to Have Your Ducts Cleaned 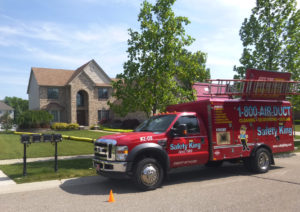 If you are having a lot of home maintenance done, particles like carpet fibers, drywall, saw dust, etc. will end up in your home’s air and air ducts. Because air ducts are out of sight and difficult to access, they should be the last step of your home maintenance projects.

To maintain the benefits of air duct cleaning, it is recommended you have them cleaned every 3-5 years. This will depend on how many people live in the home, if any residents have asthma, the number of pets in the home, recent construction projects, and other factors like fire or water damage.

Who Should Clean Your Air Ducts

When gathering information to set up an air duct cleaning, be sure to ask about the technician’s certifications. Make sure the business is registered, insured and see if it has a good or bad reputation online. A little extra research on your part could save you from wasting money on an inadequate service. 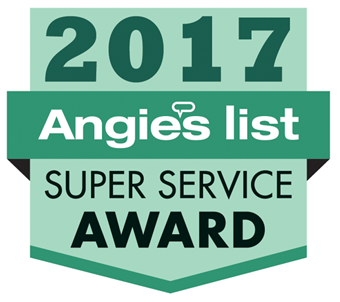 “The service providers that receive our Angie’s List Super Service Award have demonstrated the level of excellence that members have come to expect,” said Angie’s List Founder Angie Hicks. “These pros have provided top-notch service to our members and absolutely deserve recognition for the exemplary customer service they exhibited in the past year.” 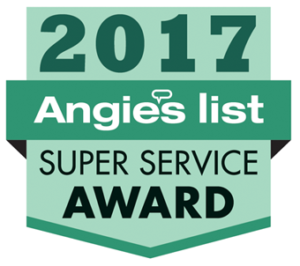 “It is an honor to receive yet another Super Service Award from Angie’s List. We’re happy to have provided another year of award-winning service in the field of air duct cleaning and we look forward to the next. Thank you for all of the feedback that has helped us maintain and surpass our standard of quality.”

Service company ratings are updated continually on Angie’s List as new, verified consumer reviews are submitted. Companies are graded on an A through F scale in multiple fields ranging from price to professionalism to punctuality.

Safety King has been a provider of air duct cleaning services in southeast Michigan in the USA since 1969. You can reach Safety King by phone at 1-800-AIR-DUCT, and by email at info@safetyking.com.

December 15, 2017 Comments Off on Your Home Needs the Aeroseal Upgrade charles

A home’s air duct system is a lot like its plumbing system. They both run throughout the house and both can have a expensive leaks. The difference is that a leaking water pipe will let you know its leaking but a leaking air duct system will continue to cost you money for years without apparent evidence. While it’s not apparent, the evidence can exist in the form uneven room temperatures, allergies, and increased energy expenses.

According to the U.S. Energy Information Administration, nearly 50% of the average home’s utility bill is spent on heating and air conditioning. If you have any leaks, you could be significantly overpaying.

HVAC Professionals can spot and manually seal air duct leaks where ductwork is visible but a lot of ductwork is concealed in walls, floors, and ceilings. Aeroseal is a method of diagnosing a home’s air duct leakage throughout the duct system and then sealing the leaks from the inside. Sealing air ducts from the inside removes the need for an HVAC professional to make expensive cuts into your walls to seal those concealed ducts.

The technology for sealing air ducts from the inside was invented in 1994 and has steadily developed into the best duct sealing solution available. The technology was patented in 1996 and 1999 and has continued to be upgraded since.

In 2000, The Department of Energy (DOE) and its Citizen Judges selected Aeroseal in the 100 best scientific and technological accomplishments to come out of the 23 years of the DOE’s existence. The same judges put Aeroseal in the top 23 technologies that have the largest potential to save consumers money and improve their quality of life. In 2017, Aeroseal is on its way to becoming an industry standard for optimizing air duct systems.

Aeroseal on This Old House 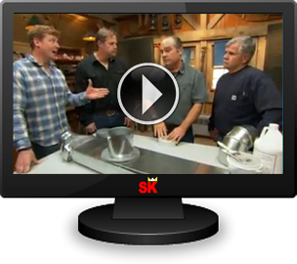 Aeroseal was featured on PBS’s professional home improvement show, “This Old House” where they detail how the process works and the benefits of sealing air ducts from the inside. Click the video to the right for a brief introduction to Aeroseal.

There are a few ways to tell if your ducts might be leaking. The most common reason people request Aeroseal is because they are experiencing uneven temperature distribution in their homes; rooms on one side of the house are much colder or warmer than the rest of the house. This happens because the heated or cooled air is leaking throughout the ductwork instead of being delivered to those rooms. Sealing leaks will improve system pressure so the conditioned air is distributed more evenly throughout the house.

The benefit of Aeroseal will become the most evident when energy costs decrease. If the air temperature is inconsistent  throughout your house, the HVAC system will activate more often to compensate for the misplaced air. HVAC systems running longer and more often can waste a significant amount of energy each year. After leaks are sealed, HVAC systems will run less to move the same amount of air, saving homeowners up to 40% on energy. With these savings, Aeroseal can quickly pay for itself and is guaranteed to keep your ducts sealed for 10 years.

How does it work?

The Aeroseal process is simple. Air vents and registers are blocked with a specialized masking tape to prevent airflow. With all registers blocked, the system’s air is forced to exit through leaks. The Aeroseal tool detects how much air is being lost through leaks to determine the rate of leakage in the duct system.

Once leakage is tested, aerosol sealant is injected into the duct system. This sealant is designed to remain a vapor until enough particles are forced toward small gaps to begin accumulating. The particles adhere and gather until air can no longer get through and the gap is sealed.

The whole process is computer monitored and afterwards, a computer generated analysis is printed for the customer. This analysis will clearly illustrate the reduction in leakage throughout the process. See examples of this from recent Aeroseal sealings below.

How Much Will This Winter Cost You?

October 30, 2017 Comments Off on How Much Will This Winter Cost You? charles

What you can do to save money on energy this season

If you haven’t taken the time yet, consider having your home’s performance measured with an Energy Audit. With this information, you can track down exactly where you’re wasting energy. A lot of wasted energy can be traced back to your heating and cooling system, and more specifically, leaks in your air ducts.

There are many ways to seal air ducts but Aeroseal is the only way to get to the leaks that are can’t be found or easily accessed. Aeroseal duct sealing is less intrusive and less costly than other methods that may require cutting multiple holes in your walls and ceilings for inspection. You can seal your entire duct system saving up to 30% on heating and cooling costs, but without any of the cosmetic damage to existing walls and ceilings that often comes with manual duct sealing.

The Results Speak for Themselves

We show each of our Aeroseal customers this comprehensive report so they have a visual representation of their improved air efficiency and energy costs. Click on the images for a closer look. 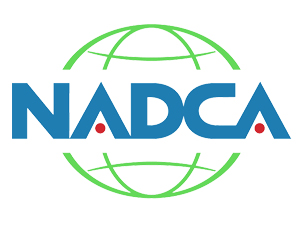 Is Your Air Duct Cleaner Certified?

October 4, 2017 Comments Off on Is Your Air Duct Cleaner Certified? charles 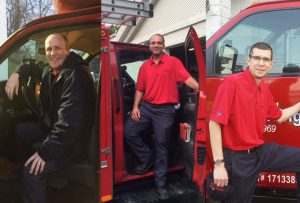 Congratulations to Eric Plaunt, Anthony Francis, and Jason Doolittle have achieved the advanced NADCA certifications of ASCS and VSMR. The National Air Duct Cleaners Association is the authority on quality air duct cleaning service in North America and these three technicians have exceeded NADCA standards by getting certified as Air System Cleaning Specialists and Ventilation System Mold Remediators. With these certifications, our technicians have proven their breadth of knowledge in the air duct cleaning industry.

But what is so important about a certificate for proficiency in air duct cleaning? The truth about air duct cleaning is that there are a lot of wrong ways to remove contaminants from air ducts. NADCA’s certifications provide a national guideline for the cleanest and most efficient methods. It is an air duct cleaning business’ responsibility to provide the best service available to their customers and that is what Safet King aims to do.

If you’re interested in having your air ducts cleaned by these professionals, call 1-800-AIR-DUCT!

The Solution to Indoor Allergies

August 23, 2017 Comments Off on The Solution to Indoor Allergies charles

Could the source of your allergies be in your air ducts?

Like anything else that is manufactured, ducts and vents will have a lifespan and then will begin to breakdown and you may develop leaks and holes in your duct work. If this happens there is a potential for things like fungi, mold, bacteria, dust mites and other types of allergens to begin accumulating in those ducts and leaking out into the air that you breathe.

Aeroseal duct sealing is less intrusive and less costly than other methods that may require cutting multiple holes in your walls and ceilings for inspection. This adds to labor cost and will result in additional costs to patch those holes and refinish the walls and ceilings.

Using the Aeroseal duct sealing method for inspection and repair of your ducts is less intrusive causing little or no cosmetic damage to your existing walls and ceilings. There are no spaces or places too small for the inspection and application of the cost effective and efficient Aeroseal duct system.

The Results Speak for Themselves

We show each of our Aeroseal customers this comprehensive report so they have a visual representation of their improved air efficiency and energy costs. Click on the images for a closer look.