An Article by Jeff Gaydos, Detroit News Staff Writer in 1990:

Michael Palazzolo’s corporate motto is: “See us for dust.” But there was a time when he forgot to see himself.

Nine years ago, the clothes dryer in Palazzolo’s own home caught on fire be-cause the vent was stuffed with flammable lint. He had never thought to clean it.

Palazzolo’s not alone. According to the Consumer Product Safety Commission, 13,900 clothes dryer fires occurred in the U.S. in 1987, resulting in 20 deaths, 180 injuries and property loss estimated at more than $40 million. In most of these, according to the National Fire Protection Association, the culprit was lint.

I’ve made cleaning dryer vents part of my business now,” Palazzolo says. “You should see the stuff I take out of those things.”

Joe Gagnon, who owns Carmack Appliance and Service Co. in Garden City, has seen some lint in his time, too. Gagnon, who calls himself “The Appliance Doctor,” is campaigning nationwide to rid the country of vinyl and foil dryer ducting, which he says collects lint faster than old-fashioned rigid aluminum style and slows air circulation. When dryer heat is trapped in a blocked line, the lint buildup can ignite. 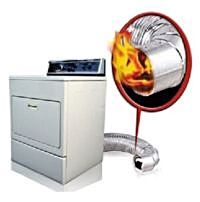 That happens most frequently when limp, vinyl or foil accordion ducting is used, Gagnon says, and Underwriter’s Laboratory agrees with him.

Three years ago, UL, an independent testing agency that helps set national safety standards, recommended that only rigid or flexible metal duct should be used to vent dryers, unless the appliance had been investigated for use with nonmetallic duct. The consumer Product Safety Commission concurs, a spokesman said. Though it never has studied the issue, CPSC would not recommend a standard lower than the one set by UL. Limp, vinyl or foil ducting can crimp, UL reported. Its accordion-like ridges block air flow and collect lint. Collected lint can cause fires.

People never think about cleaning their dryer vents,” says Gagnon, “but they should. And even though the UL standard was changed, a high percentage of homes are vented with vinyl or foil ducting.” 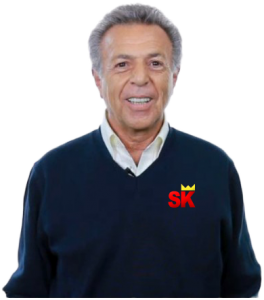 Palazzolo says his company has cleaned dryer vents in apartments and dormitory laundry rooms where the vents were packed with lint, birds’ nests and articles of clothing. And Gagnon has cleaned them in homes where there was evidence of charring inside the vent lines. He, too, has seen dryer fires.

“People don’t stand around and watch their dryers,” says Gagnon. “They throw in a load of clothing and go out. Or, they put in a load before they go to bed. But if there is blockage in the vent, a fire can start and they’d never know it.”

Still, many consumers opt for flexible vinyl or foil ducting. Though it costs about the same as rigid aluminum ducting, it is easier and quicker to install.

Some clothes dryer manufacturers – Whirlpool, for example – instruct their service representatives to install only metal venting with their products.

“Do not use non-metal flexible duct since it is a potential fire hazard,” says a 1987 service memo from Whirlpool Corporation. “Non-metal duct will kink, cause lint buildup within the exhaust system, reduce airflow and create service problems for the dryer.”

But Gagnon says he commonly finds vinyl or foil ducting in homes and apartment buildings, even when dryers have been installed by trained service people.

“It’s dangerous,” Gagnon says, “and a poorly vented dryer can take twice as long to dry the clothes and it can cause fire. But contractors build houses, con-dos and apartments, and they never think about venting a dryer. So you will find vinyl or foil vents snaked all over the place – up walls, across ceilings, the entire length of a building.”

“In Canada, it’s illegal to use vinyl venting,” he says. “I’d like to see the same law made here.”