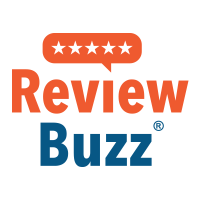 Katherine, was very helpful in setting up our appointment and helping us realize there was a problem with the tax assessment’s square footage of our home. Our home is 1649 sq. ft. and they listed we had 2400 square feet with a full finished basement. VBT came over and confirmed our living space was the smaller amount. She also sent us an e-mail with pictures of the service people to expect. Thank you Katherine. Jason and Vernon arrived on time and showed us their credentials and inspected the house and explained what they would be doing. They were very nice and helpful the whole time and encouraged us to ask questions and not to worry about interrupting them. Vernon explained how our cat might react and how to help calm him. We decided to place him in his carrier and set him by us. Vernon placed film over all our ducts while Jason cut holes to setup the machine they would be using. The holes were sealed over when they left. We had been under the impression they would film the inside of the ducts as they cleaned and we’d get a copy. They took still pictures instead of the before and after and showed them to us and then they were e-mailed to us. They do film in certain cases. During the preparation Jason discovered one of the main ducts to our furnace had a large cut out hole and a bracket from what was believed to be a humidifier. that had not been sealed over when we had our new furnace and humidifier put in fall of 2016. Jason said a lot of heat loss was probably coming from it. He repaired it at no charge. They were very through and the job wasn’t any mess or dust as we expected. They did a through cleanup – except for leaving their hat behind. We’ve noticed we aren’t sneezing as much and no longer have a bad draft in our bathroom (it is probably from the hole being sealed directly under it). They are a bit pricier then other places we called, but our they also didn’t quote one price and then come in and add 50-75% to it as our friend had happen to her. All and all we were pleased with the service received and hope to see a lot less dust.